Michael J. Altman received his Ph.D. in American Religious Cultures from Emory University and is an Instructor in the Department of Religious Studies at the University of Alabama. Mike’s areas of interest are American religious history, theory and method in the study of religion, the history of comparative religion, and Asian religions in American culture. He is currently completing a book manuscript analyzing representations of Hinduism in nineteenth century America. This post originally appeared at Mike’s personal blog. He graciously allowed the Juvenile Instructor to repost it in its entirety. 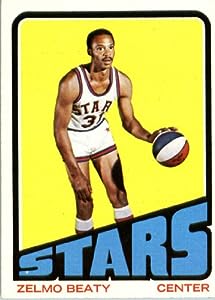 One of my favorite weekly podcasts is Slate’s Hang Up and Listen, a sports podcast that deconstructs sports media and culture with a wry wit that deflates American sports of all its self-seriousness. If sports talk radio is Duck Dynasty, Hang Up is 30 Rock.

Every week host Josh Levin signs off with the phrase “remember Zelmo Beaty.” Beaty, a basketball star in the 60s and 70s passed away recently and this past week Hang Up and Listen reminded us why we should indeed remember him. Stefan Fatsis’ obituary of Beaty opened by staking out Beaty’s importance as a pioneer for black players in professional basketball. But what caught this religious historian’s attention was the confluence of race and religion that surrounded Beaty’s move to Salt Lake City to play for the Utah Stars of the American Basketball Association in 1970.

Free agency in sports was still years away, so Zelmo had to sit out a season in order to be released from his NBA contract. But during that season, the Stars were sold to Bill Daniels, a pioneer in cable television. Daniels moved the team to Salt Lake City, the population of which was literally 99 percent white. Beaty announced that he wouldn’t report if the team went to Salt Lake, in part because of tensions between black athletes and the Mormon Church, which didn’t let blacks serve as priests. Sports Illustratedreported at the time that that local leaders assured Daniels that his players “would be well treated.” Beaty and his wife Ann made their own visit, were satisfied with their housing options, and agreed to go. All of the other black players on the Stars followed.

Beaty then led the team to the 1970-71 ABA title and won the MVP for the playoffs. But even more than that Beaty changed the face of basketball in Utah.

The Stars eventually started an all-black lineup in all-white Salt Lake City. Beaty wound up playing four seasons there, and he deserves clear credit for making the city a viable place for pro basketball. As SI wrote in 1974, “Beaty quickly gained acceptance from the Utah fans, not only by leading the Stars to a championship in their first season, but by remaining quietly congenial and displaying his considerable innate dignity. He remains the only black player who owns a house in Salt Lake. And, according to other players, Beaty passed the word around the ABA that Utah was an all-right place to play.” The Stars would fold when the ABA and NBA merged in 1976, but the city regained a franchise when the Jazz moved from New Orleans in 1979.

We would never have gotten Stockton to Malone without Zelmo Beaty.

So, for historians interested in questions of race, religion, and sports: Remember Zelmo Beaty.